There Is A Better Way To Defund Planned Parenthood

” We need to play chess, not checkers.”

This is a piece of advice a very smart and astute man used to say to me when we were considering the strategic implications of an issue.

All the pieces in checkers are uniform, they are interchangeable and they move in the same way. They all move at the same pace, and on parallel paths in what is basically a pure frontal assault. In chess, each piece moves in a different way. You have to understand how each piece moves and how it fits into the longer term strategy. Depending on the piece, they move forward, backward, sideways or diagonally to achieve the final goal. 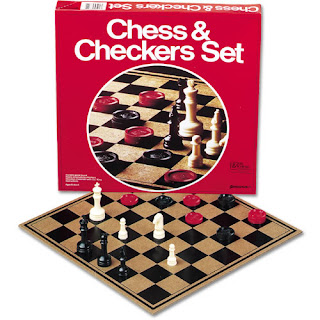 I am reminded of the chess and checkers analogy as the Republicans are talking about legislation to defund Planned Parenthood upon their return to Washington, D.C. next week.

This is the headline and a quote from a recent article from The Hill on the proposed legislation in the House.

“A bill to defund Planned Parenthood is expected to come up for a vote shortly after lawmakers return from recess, aides said. It would likely take the form of legislation from (GOP Rep. Diane) Black which would block federal funding to Planned Parenthood for one year, although leaders are still weighing their options.”

Senate Majority Leader [mc_name name=’Sen. Mitch McConnell (R-KY)’ chamber=’senate’ mcid=’M000355′ ] has already thrown in the towel in the Senate and said that any thought of defunding Planned Parenthood will have to wait until 2016 with the election of a new President and Congress. It sounds like he may not even bring it up to a vote this year.

“The president’s made it very clear he’s not going to sign any bill that includes defunding of Planned Parenthood, so that’s another issue that awaits a new president, hopefully with a different point of view about Planned Parenthood,” McConnell said.

I have been horrified, as I believe most of those who have seen them have been, at the undercover videos that have recently been released that have shown Planned Parenthood employees and vendors speaking about the sale and use of aborted baby parts.

It would seem to me, irrespective of your view on abortion, that what we have witnessed in these videos with regard to the callous disregard and conduct of Planned Parenthood is well beyond any semblance of humanity and raises real questions about the use of taxpayer dollars to support such an enterprise.

However, playing checkers will not produce a checkmate against Planned Parenthood.

Planned Parenthood’s fiscal 2014 report puts the number of abortions it performed at 327, 653.

Planned Parenthood received $528 million in government health services grants and reimbursements last year according to its most recent Annual Report. Most of that is federal money from Medicaid but some of it is state money due to the structure of Medicaid financing. Taxpayer money represents 41% of the Planned Parenthood budget in total.

Why does playing checkers not work in attempting to defund Planned Parenthood?

A couple more facts from the Planned Parenthood Annual Report.

Planned Parenthood is also very crafty with its use of numbers in that they add up all of the breast exams, birth control advice and STI tests and treatments (I get 9 million services just by adding the numbers above) and then say that abortions are only 3% of what they do!  However, the best estimates that I have seen is that as much as 75% of the government funds it receives are related to abortion services in some way.

Donald Trump has already been savvy enough to back away from early indications that he would support defunding Planned Parenthood.

Donald Trump on Tuesday appeared to back off his demands to defund Planned Parenthood. After saying last week it’s worth having Congress shut down the federal government unless Planned Parenthood is stripped of its $528 million in government funding, the Republican presidential candidate changed his tune . Speaking on CNN’s “New Day” Tuesday morning, Trump said that before defunding Planned Parenthood entirely, he would look at the positive aspects of the organization.

So how would I play chess instead of checkers on the issue of funding Planned Parenthood?

I would start by loudly supporting the work of Planned Parenthood in its important role in supporting women’s health and my commitment to maintain full funding for these important services in future years.

Such a plan puts a real incentive on Planned Parenthood to focus on birth control prevention and women’s health issues rather than providing abortions with their government funding.

It also removes their shield and the defense of Pro-Choice Democrats who hide behind the same women’s health agenda while many of them declare they only want to make abortion safe, legal and rare. Here is their chance to make it rarer.

If Planned Parenthood got out of the abortion business altogether they would have the full $528 million in government funds they currently receive to devote solely to women’s health issues. That is a lot of birth control services and STI treatments and tests!

However, if they chose to continue at their current rate of abortions they would lose all funding.

Planned Parenthood can choose to be a very well funded women’s health organization or a poorly funded abortion provider. It would be their choice.

Memo to GOP. Please, no checkers. It is time to play chess.