Indonesian search teams believe a sonar scan has detected the fuselage of an AirAsia airliner that crashed two weeks ago with the loss of all 162 people on board and divers were on Sunday checking the find, a senior official said. 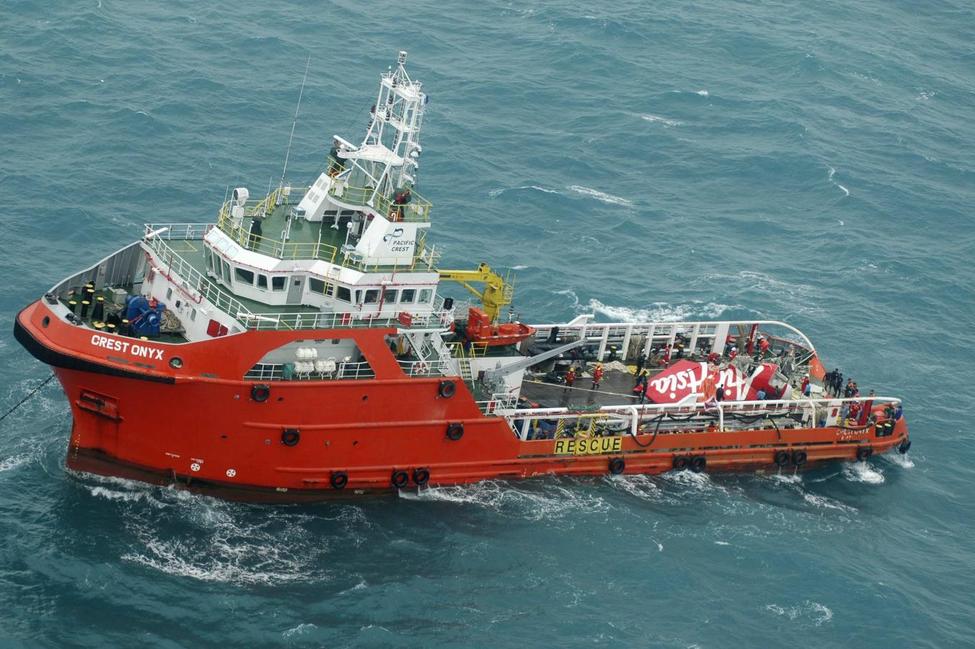 Indonesia AirAsia Flight QZ8501 lost contact with air traffic control during thundery weather on Dec. 28, less than halfway into a two-hour flight from the Indonesian city of Surabaya to Singapore. There were no survivors.

Searchers have also been hearing pings, believed to be from the aircraft’s black box flight recorders, near where the tail of the Airbus A320-200 aircraft tail was raised on Saturday.

Supriyadi, operations coordinator for the National Search and Rescue Agency, said a sonar scan had revealed an object measuring 10 meters by four meters by 2.5 meters on the sea floor.

“A team of divers has already been sent to prove this data. The diving operation has started,” he said.

Forty-eight bodies have been found in the Java Sea off Borneo and searchers are still hunting for the plane’s fuselage, which could contain more bodies.

“If it is the body of the plane then we will first evacuate the victims. Secondly we will search for the black box,” Supriyadi said.

Strong winds, currents and high waves have been hampering efforts to reach other large pieces of suspected wreckage detected by sonar on the sea floor.

Another official involved in the search said three ships had detected pings about 4 km (two miles) from where the plane’s tail was raised on Saturday, in water about 30 meters deep.

If and when the recorders are found and taken to the capital, Jakarta, for analysis, it could take up to two weeks to download data, investigators said, although the information could be accessed in as little as two days if the devices are not badly damaged.

On Saturday, teams of divers in rubber dinghies battled the swell to attach inflatable balloons to the tail section, which was later hauled onto a rescue vessel.

The aircraft carries cockpit voice and flight data recorders – or black boxes – near its tail but once the wreckage was visible, it quickly became apparent that the flight recorders were still underwater.

While the cause of the crash is not known, the national weather bureau has said seasonal storms were likely to be a factor.

President Joko Widodo, who took office in late October, said the crash exposed widespread problems in the management of air transport in Indonesia.