The Week Rush Limbaugh Went off the Rails 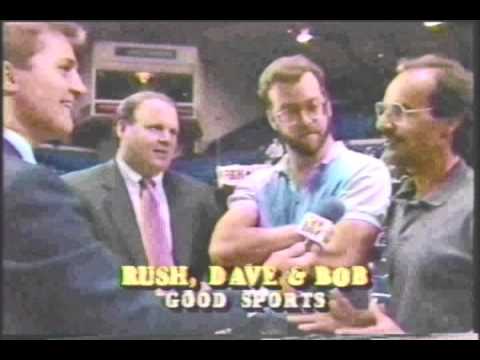 This is a significant week in our 2016 GOP Presidential Primary. The biggest story is Donald Trump’s reveal about his inability to articulate a coherent pro-life position. This laid bare his ignorance and nativity.

But this week also pushed Rush to the brink of his ability to disguise his real intentions. And this decent into madness started at the beginning of the week with the Lewandowski story.

On Wednesday Leon fell into the trap expertly laid by Rush Limbaugh. Rush self-imposed an opinion ban on his view regarding the Corey Lewandowski issue. He then gradually extended that ban to all things related to the Trump campaign and even some topics tertiary to the Trump campaign.

It was interesting for me to see this unfold because I listen to Rush on his 24/7 podcast. I normally catch the show later that day or the next morning. On Wednesday I read Leon’s piece prior to listening to Rush’s show.

I was intrigued by what Leon wrote. Then I started listening and immediately got the joke Rush played with and on his audience. Trust me, Rush loves “goosing the media” with his audience alongside him and laughing with him.

Rush has done this before. He is uniquely able to use his platform to advance his views using verbal ploys. Dan’s Bake sale. Bill Clinton endorsement. Harry Reid fake soldier. Operation Chaos.

But, as I’ve listened this week I’ve come to another conclusion about how Rush is treating his audience.

If Rush truly believed what he says about his audience he wouldn’t attempt to snow us. He has repeated puffed his audience with compliments. We are “the most intelligent audience” and we are not “mind-numbed robots” as the media purports. Rush has purposely withheld his true intentions and agenda.

He certainly wouldn’t deny that he has one in the first place.

It is manipulation to expect people to listen to your “explanation” and not infer support or advocacy. Rush is not objective. Nor should he be. That is not why we listen. We listen for his opinion. But he should describe objective facts.

Instead he is withholding his real views. He is masking support with “explanations” of things that we already understand. Cantenucci points this out today.

Rush has gotten a lot of traction as a media critic. That is really his primary function in this war for the heart and soul of our nation. And it has been for years.

Rush harps on the media, the establishment and their bias. He then feigns disgust when they attack Trump. Then he is aghast when they try to assign blame for Trump. And he claims that he doesn’t understand why they won’t accept his explanation for the impetus for Trump’s campaign. All of this is a smoke screen.

Let me say that again. People who view themselves as influential in our national discourse don’t say things because that is what they think. They say things to affect your views of these topics. Everything is run through the filter of influence – how can I influence you.

We know that editorial license is an agenda. The media uses this license to bolster liberals and impugn conservatives minute by minute throughout each and every day. And they have since the birth of television and Edward R. Murrow.

What you say you promote. What you show you promote. The angle of pictures and wording convey meaning. If you slam something or excuse something – the thing itself is the object of your efforts. And in a show characterized by defensive maneuvers to protect conservatism and offensive attacks against liberal – the lack of accusation and derision is the presence of support.

I guess I’d say that the fact that Rush Limbaugh made it this far is a testament to his talents and ability. What he is really good at is saying in powerful ways what many Americans think, and masking what he really thinks along the way.

But this week Rush went off the rails defending Trump’s comments on abortion by attempting to explain them away.

Another Name Bites the Dust at CNN, as More Layoffs Hit
Nick Arama