What would happen if Cruz-supporting delegates shut out Donald from Cleveland floor-vote consideration?

A very interesting article in The National Review today brought up a point I had not heard before. We all know about RNC Rule 40(b) by now, stating that any candidate who wants to be on the ballot for a Convention floor vote in Cleveland at the Republican National Convention will have to have won a majority of delegates in 8 states. So far, both Trump and Cruz have done that, and no others have any realistic possibility of doing it.

However, the wording of the rule as laid out by The National Review’s Brendan Bordelon and Eliana Johnson brings up the possibility that Rule 40(b) could possibly be used by Cruz delegates to shut Trump out of the ballot:

The rules currently require a candidate to secure a petition featuring the signature of a majority of the delegates from eight states in order to be nominated…. [C]ollecting the signatures of a majority of the delegates in the required number of states would take a strong, organized effort on the ground in Cleveland, and Rubio is unlikely to pull it off.

According to one longtime RNC member, “Just because you won a state doesn’t necessarily mean you’re going to have enough people in that delegate slate signing your petition. It’s a matter of high panic even when you’re Mitt Romney or George W. Bush.” It’s simply not something a non-candidate such as Rubio will do, he says, because, “Getting the petitions is still a pain in the ass and an uncertain prospect.”

According to this rehash of Rule 40(b), the candidates need to arrive in Cleveland and then get a majority of delegates from 8 states to sign petitions for them to be on the ballot. This process is so difficult that it causes headaches for EASY nomination winners like George W. Bush and Mitt Romney!

So the question is – what if Trump can’t find majorities of delegates on the convention floor from 8 different states that are willing to sign petitions for him to be on the floor vote ballot?  Is it possible that Cruz-supporting and Rubio-supporting and #NeverTrump delegates could combine on the floor to keep Trump from getting the required majority of signatures on petitions from 8 states? Could they keep him from being voted on at all at the convention? Is it possible that Ted Cruz could be the only name on a Cleveland floor ballot?

In 1931, Aldous Huxley wrote his iconic novel “A Brave New World” about a World State dictatorship in which the population is yoked into lifelong servitude through state manipulation of drugs, sex, reproduction, and a strict caste system.

One thing he wrote in the forward to his book struck me as especially relevant to the current attempts by liberal extremists to redefine the concepts of sex and gender:

As political and economic freedom diminishes, sexual freedom tends compensatingly to increase. And the dictator (unless he needs cannon fodder and families with which to colonize empty or conquered territories) will do well to encourage that freedom. In conjunction with the freedom to daydream under the influence of dope and movies and the radio, it will help to reconcile his subjects to the servitude which is their fate. 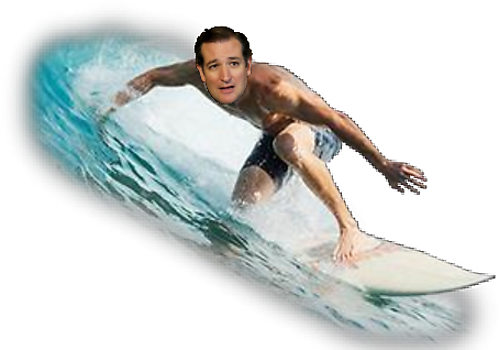 Ever wonder how Ted Cruz could be so incredibly organized in state after state after state as to completely dominate the selection of delegates nearly everywhere he goes? Well, wonder no more – David French tells us today that Cruz got a big assist – from the Tea Party armies that infiltrated their local Republican party operations seven years ago and waited patiently for a worthy candidate:

One of the hidden stories of the 2016 GOP campaign is the extent to which Cruz is the beneficiary of years of local tea-party organizational effort. Activists have made a long and patient effort to both infiltrate the Republican party and build, in essence, a “shadow” party — a party within a party.

The era of its mass rallies may be over, and the Tea Party label may have fallen out of fashion, but tea-party activists have built their own organizational base, and in many states it competes with or even dominates the traditional party structures. In other words, the Tea Party has its own “establishment” of politicians and activists, and it just might carry Cruz over the GOP finish line.

French says to bet on Cruz to win the nomination this year. The Constitutional conservatives in the Tea Party have waited years for all their organizing efforts to synchronize with a true Constitutional conservative candidate, and Ted Cruz is their man. Their ground operations are vastly superior to anything Trump could possibly manufacture, and they have taken Cruz up in their arms and intend to carry him to victory all the way to Cleveland and beyond.

In a fractured party, the victory is likely to go to the man and the movement who prepared to win, and Cruz and the constitutional-conservative movement have certainly prepared. The death of the Tea Party has been greatly exaggerated.

Donald and the Art of the Dodge

Let me start that over. Donald Trump, the current favorite of Republican voters talked to a group of Jewish reporters this week about… He discussed some, uh. Hmmm…

Well, just have a look at what he couldn’t be bothered to say:

On other questions, Trump’s non-answers made him sound like a high school student trying to fudge his way through an oral exam.

Here’s Trump’s answer to a question on whether religious employers should have the right to discriminate on the basis of religion when it comes to hiring:

“That’s the question that’s been asked and discussed very brilliantly on many different levels over the last short period of time,” Trump said. “And I’m going to really leave that decision to you. That’s your personal decision. What would your answer be to that question?”

When asked about tax-exempt status for religious groups, Trump said, “It’s really become a very big point of discussion and a very complex point of discussion and it’s something that I’m very interested in and I’m really forming policy on it and I’m actually going to be announcing something that I actually think you’re going to be very happy with. OK?”

“The Art of the Dodge”. The soon-to-be bestselling book by the soon-to-be non-candidate and registered Democrat, Donald Trump.

Governor Scott signed Florida House Bill 7029 yesterday, increasing school choice in Florida by allowing parents to take their children across traditional county lines and attendance zone areas into new schools. The ability of parents to move their children into an out-of-zone school is limited by the available seats at the new schools, and parents must provide their own transportation to the new school.

Despite the restrictions, the new law should be a big victory for school choice advocates. High achieving students can be moved to more challenging schools, or to schools with special educational programs to fit their abilities better. Low income families will be eligible to move their children out of poverty-stricken schools, and working-class parents will have the ability to move their children to a school closer to their workplace.

“This legislation removes district boundary lines as barriers blocking students from attending public schools that best meet their needs,” Patricia Levesque, executive director of the Foundation for Florida’s Future, said in a statement. “More children now will have a chance to succeed in the classroom.”

The school choice proposal was originally pushed by the Foundation for Florida’s Future, started by then-Governor Jeb Bush. Parents will be able to access the law beginning in August, 2017, and parents are already calling some school districts to find out how to begin the process of transferring.

A similar law is working in Colorado, where almost 10% of the students are now able to go to school outside their home district. Many of the Colorado students are high achievers that are moved in order to access more challenging curricula.

The new law will be a big change in Florida, where most schools were not previously accepting out-of-district students.

All the weirdos, the freaks. the obsessed attention seekers, the violent psychos, the selfie-takers, and the Starbucks sippers showed up today (click link for slideshow). And those were just the protesters on the anti-Trump side.

Then there were the pleasant folks on the pro-Trump side. Someone touched this timid supporter’s (below picture) beautiful red Trump baseball hat, and he expressed mild disapproval with fisticuffs. It’s a good thing no one is inciting any of these people on either side. Not to be outdone, Ted Cruz had all of 2 protesters yell about climate change for 90 seconds in the Bronx earlier this month. 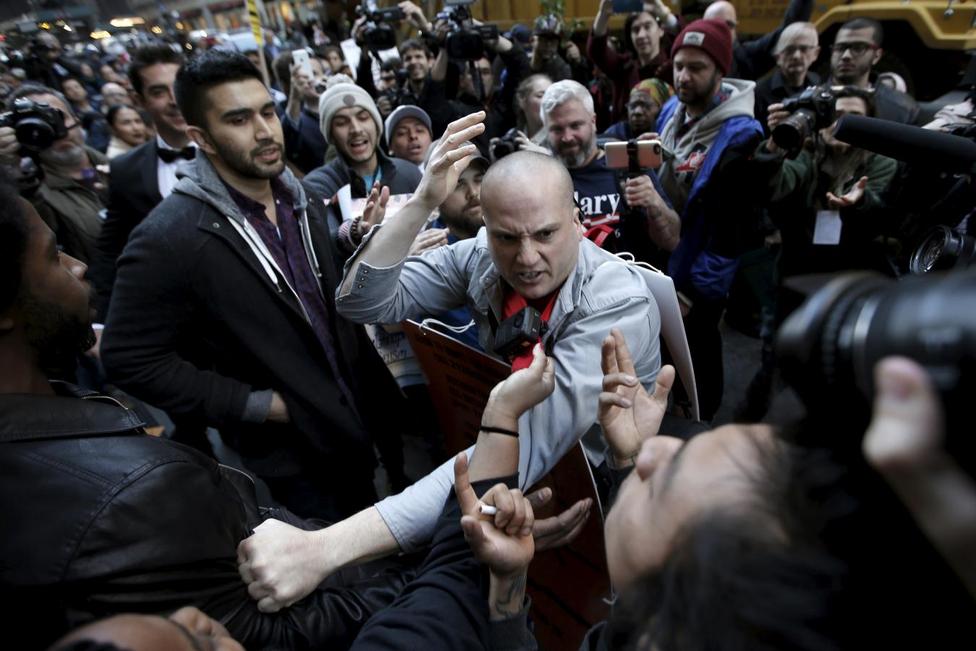