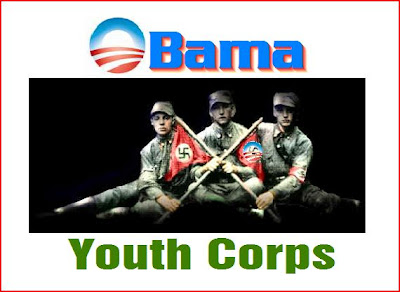 As the controversy surrounding President Obama’s September 8 education speech to the nation’s school children starts dying down, it’s easy for adults and even parents to forget that what was seemingly short, innocuous and narcissistic on the surface has a follow-up program of indoctrinating American children into the Cult of Obama. The speech is over, the lesson plans are just beginning and it’s going to be nine whole months of “Obama-this” and “Obama-that” for those students stuck in our ignorance factories a.k.a US public schools.

Originally, the main lesson plan was to have students follow-up their viewing of Obama’s “I-Me-Mine” oration with essays detailing how each student could personally “help Obama” achieve the President’s goals. However, that smacked too much of turning little Johnny and Janie Q. Public into junior enforcers of socialist engineering. Instead the essay was neutered to merely describing the student’s educational goals. Considering that most students have been trained to not only be dumber than dirt but to be eager participants in our current toxic culture, Obama’s exhortations to study, work hard and invent things must have come as quite a shock. Here they were expecting to be able to rhapsodize about becoming the next bling-laden rapper or Hollywood tartlet and instead now have to lower their expectations to pharmacist and secretary. Unless, of course, they can’t spell those types of careers and have to ask their teacher to suggest something like “brain surgeon” or “rocket scientist” in order to maintain self-esteem.

Allow me to digress a little but I recently attended a high school graduation where the students I talked to were ill-educated and completely happy in their ignorance. As far as they were concerned, what they didn’t know was not only not worth finding out about, but not even worth knowing in the first place. Few, if any, were going on to a four year college and almost no one was entering a university. Most were either going right into minimum wage jobs or two year community colleges. When the valedictorian proclaimed that somewhere in her graduating class there could be the “…discoverer of the AIDS vaccine…” I snorted in derision, “Not unless Hell freezes over!” A father, sitting in back of me, heard my comment and burst out in knowing laughter.

So the essay part of the Cult of Obama will more than likely be a dead end just like Obama’s progressive policies will be for America. However, there is a more insidious side to the lesson plans and that is having teachers read books about Obama to their Pre-kindergarten through 6th grade classes in order to, “build background knowledge”. For the 7th through 12 th grades the teachers are to put up large print quotations as in, “Teachers may post in large print around the classroom notable quotes excerpted from President Obama’s speeches on education.” Kindly notice the word “speeches”. We’re not talking about the one speech which Obama had to scale back on September 8 because of public outcry against propagandizing our nation’s schoolchildren. We’re talking about multiple speeches and this last directive is found on the Department of Education’s own website, which links to the White House’s website.

When was the last time that school children were exposed to any President’s sayings on such a massive and continuous scale? So, here are some quotations that I bet no socialist leaning teacher in his or her right mind would put up but said quotes would be a far better education about Obama than the slobbering hero-worship ones that will be picked for our soon emerging Obama Youth cadres:

Oh, wait…my bad…That last quote was from a November 1933 speech by Adolf Hitler but it might just explain the mad rush by the Obama Administration to pass health care reform which seems dedicated to shortening the lives of older, wiser, better educated, politically savvier and non-socialist American citizens…

It's Over: Senate Republicans Defeat Corrupt 'For the People Act'
Townhall
PBS's Yamiche Alcindor says debate over For the People Act is about whether we want America to be the place the Founders wanted it to be
Twitchy
Women Want to Know Why Men Don't Want to Marry Anymore...Allow Me
Redstate
Democrat Says the Quiet Part Out Loud. Their Election Bill Isn't a Reform, It's a Means for Them to Grab Power Forever.
PJ Media