An article posted at the site Texas GOP Vote highlights the close connection between Representative Kristin Thibuat and ACORN:

“The Republican Party of Texas today unveiled a new website, kristiworksforacorn.com. The site documents Democrat state Rep. Kristi Thibaut’s sordid past and her involvement with the notorious leftwing organization ACORN. Thibaut is the incumbent in House District 133.”

House District 133 encompasses Harris County, Texas the site of massive ACORN-like voter registration fraud and where a mysterious fire destroyed most of the voting machines in the county last week. 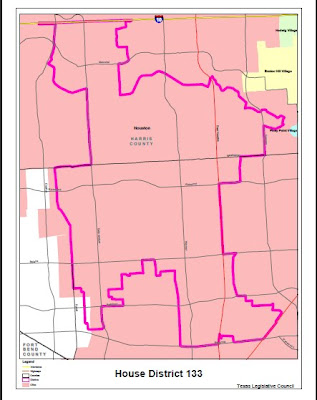 “Another blow has been dealt to voters in Harris County, Texas just days after the Harris County Voter Registrar Leo Vasquez released a 72 page PowerPoint on voting irregularities from a local group similar to the infamous ACORN.

‘The integrity of the voting rolls in Harris County, Texas, appears to be under an organized and systematic attack by the group operating under the name Houston Votes,” Vasquez said at a 2 p.m. press conference at his office, where he also released copies of applications in some of the most egregious cases.’

[Friday], voters are waking up with the news that the Harris County Election Technology Center was the site of a massive three-alarm fire early this morning.”

As the site kristiworksforacorn.com points out, Thibaut, actively worked for ACORN for a number of years, and was even a paid lobbyist for the group. Screen shot below. Click to enlarge.

By the way, yes, there was money flowing back and forth between Thibaut and ACORN. 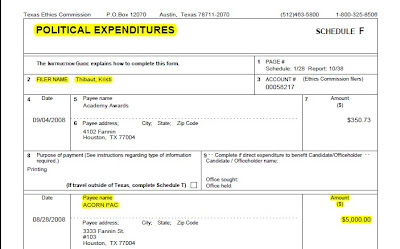 A meeting was held yesterday in Harris County regarding purchasing new voting machines or other options regarding the upcoming elections.

Considering the current political climate and the impending sense of doom that most Democrats are experiencing, a situation is emerging it Harris County Texas and it reeks of corruption. Will voters have a chance to have their voices heard or are political players stacking the deck?

Tucker Carlson Just Broke Don Lemon on Live Television
Townhall
'SICK of seeing politicians dodge this question': Biology teacher answers question Biden won’t about when human life begins (watch)
Twitchy
Candace Owens and Brandon Tatum Are Not Who They Pretend to Be
Redstate
The Morning Briefing: Let's Hope the Commie 'For the People Act' Dies in the Senate
PJ Media