What really happened during the 2008 elections? Recent information regarding the primary caucuses paints the picture of a campaign that would stop at nothing to win. A campaign that was willing to strong arm candidates and volunteers in order to meet its goal. The documentary We Will Not Be Silenced delves into the Obama 2008 Campaign.

“We believe The Democratic National Committee (DNC) made a grave error by depriving American voters of their choice of Hillary Clinton as Democratic nominee. Senator Clinton, by all accounts, except caucuses, won the Primary Election and, therefore, should be the 2008 Democratic Nominee. That didn’t happen, due largely to illegitimate and illegal acts. We have interviews of many accounts from caucus states recounting threats, intimidation, lies, stolen documents, falsified documents, busing in voters in exchange for paying for “dinners,” etc. There are at least 2000 complaints, in Texas alone, of irregularities directed towards the Obama Campaign, that have lead to a very fractured and broken Democratic Party.” 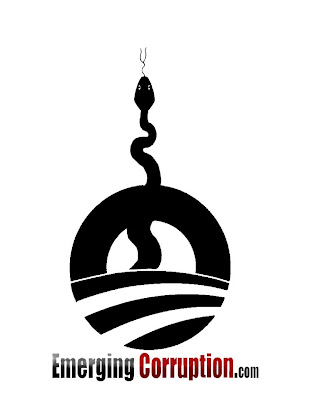 In July, the 2007 2nd Quarter Obama Donor List was revealed and tied back to Association of Community Organizations for Reform Now (ACORN) and its sister organization Project Vote. On Friday, August 13th a three-judge panel of the United States Court of appeals for the Second Circuit upheld a funding ban on ACORN stemming from Congressional action:

“Congress cut off ACORN’s federal funding last year in response to allegations the group engaged in voter registration fraud and embezzlement and violated the tax-exempt status of some of its affiliates by engaging in partisan political activities.”

A clear picture of Obama and his desire to win has emerged and the public is now aware of strong arm tactics and illicit coordination with groups like ACORN. Will an imminent FEC complaint reveal that ACORN/Project Vote used tax-exemept grants and funds to run a partisan voter registration drive to get Obama elected?

Project Vote’s 2007-2008 Development Plan lays out a plan to raise over $20 million dollars through a program that including targeting maxed-out presidential donors. The plan– unaltered since June of 2007 — can be found here. What is particularly interesting about the plan is that Sandy Newman is mentioned several times including in a the section below.

“Establish a ‘Finance Committee’ who will serve as the financial voice of PV. Put together a small group of PV core funders and/or supporters who can solicit new donors and/or connect PV staff to donors or the appropriate contacts. Points: Sandy, Zach, Jeff, Slater, and Karyn”

As a Development Associate with Project Vote, I attended meetings with Sandy Newman, Zach Polett, and Karyn Gillette at Newman’s offices in downtown Washington, DC. As a founder of the organization, Newman was extremely involved in Project Vote’s finances despite having left the leadership staff in the early nineties. Newman is mentioned on Obama’s website as a friend, and mentor. Click to enlarge. 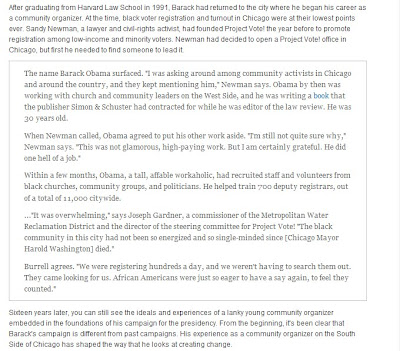 “Project Vote (or Voting for America, Inc.[1]) is a nonpartisan, nonprofit, 501(c)(3) organization. According to its website, Project Vote provides “professional training, management, evaluation and technical services on a broad continuum of key issues related to voter engagement and participation in low-income and minority communities.” It was founded in 1982 by Sandy Newman and its current executive director is Michael Slater, who has worked for Project Vote since 2004.”

The problem with lying is that it often becomes hard to keep those lies straight. Project Vote’s own website states that it has been around since 1982 and several of its grant application reference this year, but Project Vote and Obama both maintain that he worked for a different organization that was started around 1994. This organization, they claim, of course, was never affiliated with ACORN. The screen shot below was taken last year of Project Vote’s website. 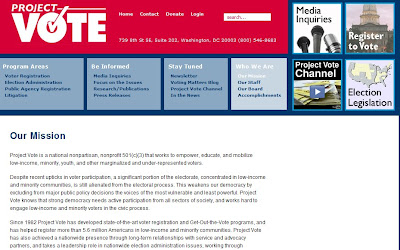 Interestingly, Project Vote’s own tax returns repeat this lie as seen in the screen shot below: 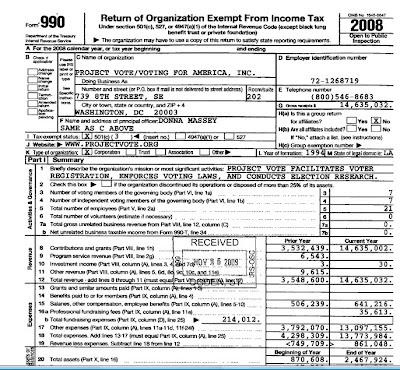 Maybe Michael Slater of Project Vote can explain why their website says one thing but their tax returns say another.

Back to Sandy Newman. In 2007, Newman did reach out to potential funders and penned a memo to interested parties in the voter registration/participation community. Newman stressed the importance of the work that ACORN/Project Vote and how important the 2008 elections were.

“Together with the voters added to and remaining on the rolls because of the registration drives conducted over the last two cycles, voters galvanized by these three kinds of programs (even before counting voter turnout work) would exceed the 2004 presidential margin in nine states! They would also have an important impact (whomever they may choose to support) on other elections up and down the ballot, from US House and Senate races, Governor and Secretary of State through state legislature and races at the bottom of the ballot”

Newman also urged funders to give even if the reasons may have been to influence the outcome of the election. Newman gently suggested other ways of giving.

“They may also believe that reducing such distortions is likely to yield policies more in keeping with the interests of those whose representation in the electoral process has been inadequate. The fact that a donor may hold such a belief, or even that it may motivate giving decisions, does not cause a charitable contribution to be improper, provided that the donor intends that the actual work supported remain strictly non-partisan – that is, the work supported may not provide support or opposition to any candidate or party.”

As the chart below reveals, ACORN/Project Vote’s voter registration drive was not targeted at registering voters as it was at winning for Democrats. A number of their political plans and ACORN’s own endorsements of the likes of Obama and Donna Edwards made it clear whose side they were on. 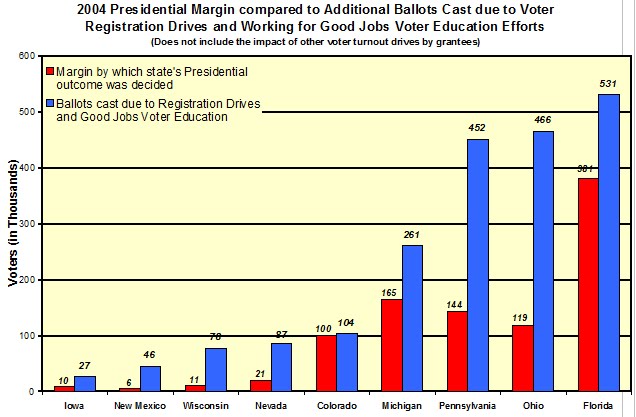 In 2008, it was revealed that the Obama Campaign had given over $800,000 to an ACORN affiliate, Citizens Service Inc,

A Trib analysis of campaign finance reports showed Obama paid CSI for services that stood out as unusual. For example, CSI received payments of $63,000 and $75,000 for advance work. Excluding the large payments to CSI, the average amount the Obama campaign spent with other organizations was $558.82 per check on more than 1,200 entries classified as advance work.

Citizens Services Inc. is headquartered at the same address as ACORN’s national headquarters in New Orleans. Citizens Services was established in December 2004 to “assist persons and organizations who advance the interests of low- and moderate-income people,” according to paperwork filed in Louisiana. In a 2006 ACORN publication, Citizen Services Inc. is described as “ACORN’s campaign services entity.”

Project Vote’s own 2009 tax returns reveal that it gave a similar amount to CSI.

Here is the explanation: Ballotpedia quotes from a New York Times article that references the Elizabeth Kingsley report gives insight into who Project Vote was paying at CSI.

“An example would be Zach Pollett, formerly Project Vote’s executive director and also ACORN’s political director, until July, when he relinquished the former title. Mr. Pollett continues to work as a consultant for Project Vote through another Acorn affiliate” 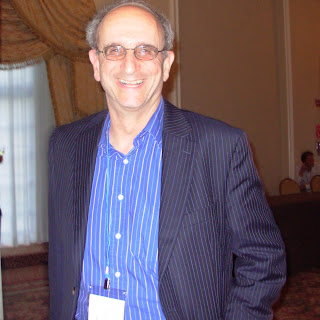 As evidence continues to mount against Obama and ACORN it remains to be seen how long Obama’s Teflon will last. While the public was distracted by ACORN’s antics like registering Mickey Mouse to vote, the group implemented a strategic plan in battleground states to produce the right margin of victory for Democrats. ACORN’s own 2008 Get Out the Vote plan illustrates how this was done. Click to enlarge.

ACORN’s impact in shaping American politics has become clearer since Obama took office. Considering the number of corrupt politicians holding office, that ACORN effect should not be surprising, nevertheless, the actual numbers are quite startling. 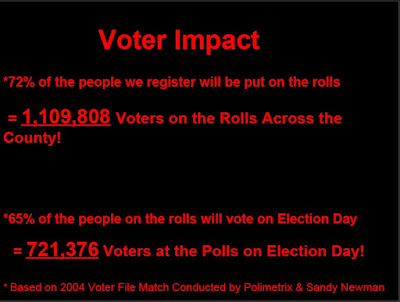 When you break those numbers down by battleground state, the true threat of ACORN and its friends becomes even clearer. 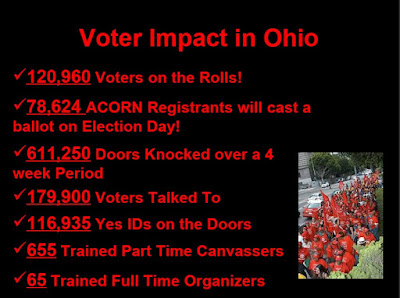 With his ineffective leadership, lies to the American people and an imploding economy, the commander-in-chief is starting to resemble yet another corrupt politician from ACORN- a usurper intent on making deals and passing agendas that push America closer to ACORN’s socialist utopia.

DeSantis Is History’s Greatest Monster For Some Reason
Townhall
Months-old photo used to falsely claim DeSantis had to 'bend the knee' to Biden for hurricane relief
Twitchy
Doomsday for Democrats in Nevada
Redstate
The Morning Briefing: Biden's Last Brain Cell May Be the Death of the Republic
PJ Media