Post Party Summits: Taking the Fight to the Ballot Box

As President Obama vacationed in North Carolina this past weekend, concerned Americans decided to dedicate their time to freedom. The Post-Party Summits, hosted by American Majority, Smart Girl Politics and RedState, kicked off the first Summit in Pittsburgh, PA on April 23rd. American Majority President Ned Ryun explained the idea behind the Post-Party Summits in a recent interview:

“The Post-Parties are about moving from protesting to implementing, and that’s what was so exciting about Pittsburgh: these people came to learn, realizing that the next iteration of the tea party movement is organizing into a potent political force. And I believe that is the answer to bringing about the change needed in this country: the tea party and 9.12 movements organizing into privatized political infrastructure to advance the great principles of free enterprise, individual freedom, and limited government.”

On Friday evening during the opening dinner, Erick Erickson of RedState gave a rousing speech regarding the next step for concerned Americans. The audience went wild when Erickson stated “The silent majority can no longer be silent.” 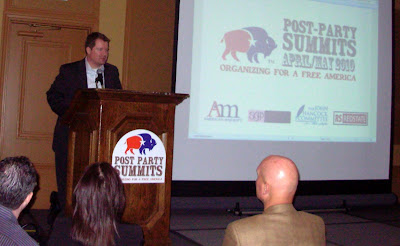 The Summit training courses were designed to equip citizens with the tools to effectively participate in the electoral process. Classes include, Creative Leadership,Micro-targeting Precincts, Building Effective Coalitions, Running for Office, Media Coaching: TV and Radio, and a host of other classes designed to train Americans to become more involved in the community. Ryun described it as being:

“A community organizer for Freedom”

As a instructor, this reporter witnessed reactions that ranged from the amazed to the energized at the Summit. Participants expressed an eagerness to get involved and seemed determined to take the information back to their friends and family. American Majority and several of the instructors provided materials and many took home extra for their friends or groups. Feedback from the Summit is evidence of how important the information was to the attendees.

“This was fantastic. I feel like I just robbed you by only paying $50 for this.”

“The whole workshop was BEYOND my expectations! I never expected the degree of excellence. The information was needed….I look forward to follow-ups to learn even more!”

“This is great! No one should feel alone anymore. Hello world, the vocal majority is taking its rightful place!”

“The social networking, wiki and blog workshops (were most helpful). They opened my eyes to the online world and how much we need to participate.”

“I just came home from the Pittsburgh Post-Party Summit and to think I didn’t even know about your organization four days ago, wow! I am so glad that I followed my instincts and went. It was so informative and now I feel I have a support system in this revolution to get back our country. Thank you for all your efforts…..”

Despite the negative media attention that attempts to paint these new activists as angry or dangerous, what the Post-Party Summit really represented was your neighbor next door, your aunt, your mom, everyday Americans who have decided to organizing is not a matter or left or right, it’s a matter of freedom. 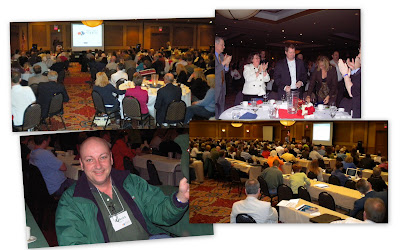