ProPublica, the brainchild of Herb and Marion Sandler, received journalism’s top honor this week in conjunction with the New York Times.

“ProPublica, a nonprofit investigative-journalism service, won one of two Pulitzers awarded for investigative reporting for a story on the life-and-death decisions made by doctors at a New Orleans hospital during Hurricane Katrina. The story was a collaboration with The New York Times Magazine.” 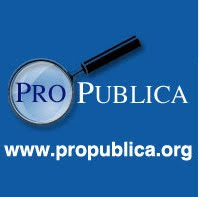 I explained last year in a four part series titled ACORN and The Sandler’s: A Four part Review of the Housing Crisis that:

“Ed Lasky’s article in the American Thinker illustrates the role of Herb and Marion Sandler in the subprime meltdown.

‘Herbert and Marion Sandler, a New York lawyer and Wall Street analyst respectively, bought a small California thrift in 1963 and built it into GDW — one of the largest thrifts in the nation. The company’s business was built on adjustable rate mortgages (ARMs. These were mortgages offered at low “teaser” rates that ratcheted upward as interest rates increased. They were often sold aggressively to unsophisticated home buyers who did not comprehend the vast financial risks they were taking, or who assumed that housing prices would rise high enough to provide a profit to them when they sold their houses. They were targets for lenders peddling mortgages that should have been stamped with a skull and crossbones, for these were among the most seductive and dangerous types of mortgage.’

“Lasky goes on to note that groups like ACORN “might also have played a role in the expansion of such mortgages to borrowers who may have lacked the ability to repay the loans.” According internal documents, ACORN Housing often used income that was considered “under the table” in order to qualify its applicants for loans. Lenders like World Savings and Bank of America were long time partners who seemed to also benefit (at the time) from these subprime loans.” 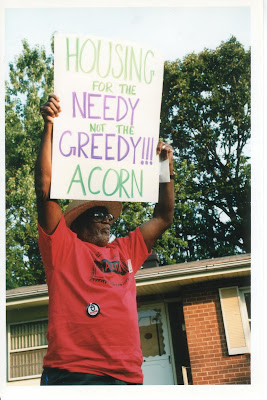 An October 4, 2008 sketch on Saturday Night Live described the Sandlers as “people who should be shot.” 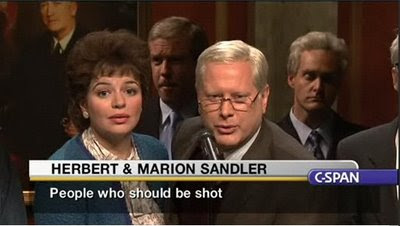 The controversial sketch is available here.

The ever liberal New York Times describes Herb Sandler’s ProPublica as: “a non-profit group dedicated to “a new kind of investigative journalism,” and the Washington Post admits to freely accepting input from the organization regarding articles.”

“Jeff Leen, who heads The Post’s investigative reporting unit, said of ProPublica: “They bring us ideas and we choose from their menu.”

Given obvious lack of interest or real investigation into the background and connections of ProPublica it is obvious why failing newspapers like the New York Times would turn to them for help. A lack of resources for investigative journalists on staff and the inherent desire to push a liberal agenda have led to a marriage of convenience whose very existence threatens the integrity of the field. 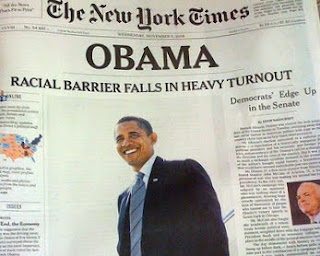 Herb and Marion Sandler were named among Time magazine’s list of “25 People to Blame for the Financial Crisis.” for their risky and now toxic adjustable-rate mortgages (ARMs). However, in true ACORN fashion, ProPublica points the finger at Wall Street and the banks. In a rather odd original song entitled “Bet Against the American Dream” ProPublica takes a jab at Wall Street. The video can be watched here. 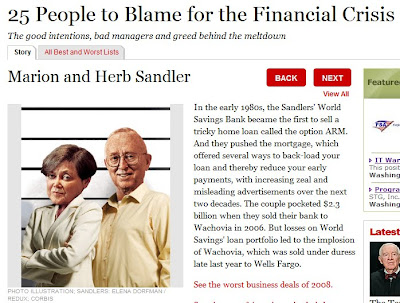 The Times and other newspapers have been complicit in the partisan agenda of ProPublica as s one journalist noted in a must read article on ProPublica (emphasis mine):

“In October 2007 Slate magazine’s Jack Shafer wrote a report on the Sandlers’ political contributions and theorized that the decision by the husband-wife team to fund ProPublica signaled an attempt to use their money and influence “to return us to the days of the partisan press.”

The duo has spent “millions on politics,” Shafer wrote “The Federal Election Commission database shows the two of them giving hundreds of thousands of dollars to Democratic Party campaigns. In 2004, Herbert Sandler gave the MoveOn.org Voter Fund $2.5 million …

As Slate’s Shafer posits in his expose of the Sandlers: ‘If I were a newspaper editor considering ProPublica copy for a future issue, the first thing I’d want is proof of the firewall preventing the Sandlers and other funders from picking – or nixing – the targets of its probes‘ …”

It doesn’t seem that there is much restraint at Sandler’s ProPublica where they have attacked ACORN detractors and refused to investigate any story related to corruption in the Obama administration.

Interestingly, race-baiter and Obama friend Henry Louis Gates Jr. sits on the board of ProPublica while Sandler serves as the board’s chairman. This article sums up the creation of this perfect storm:

“Question: What’s a liberal to do? With the burgeoning popularity of Fox News, the Drudge Report website, the dominance of conservatives on talk radio (Rush Limbaugh, Sean Hannity, Mark Levin et al) and the rising tide of conservative political bloggers, it’s no wonder old-line left-liberal journalists are growing anxious about promoting their message to the media. As daily newspaper circulation plummets and the audience of ABC, CBS, NBC, and CNN ages and shrinks, liberals are watching their authority fade. They can no longer set the public agenda without being challenged by conservative media voices.

Answer: Create a media outlet that will produce left-wing ‘investigative’ hit pieces that can be given to cash-strapped newspapers at no cost. “

Here is my question: Could a cash strapped newspaper like the New York Times kill a story related to the ACORN/Obama connection? Leading up to the election Strom’s editors at the Times put the kubash on several stories in relation to ACORN. In particular, despite receiving copies of the loan papers, Strom never printed the a story about its business partner Forest City Ratner. Bruce Ratner and FCR own 48% of the Times building in New York and gave ACORN a 1.5 million dollar loan after the embezzlement scandal of 2008. ACORN, a partner in Ratner’s controversial Atlantic Yards deal, seemed to be protected within the Times.

In October of 2008, Strom left a voice mail informing me that her editors had told her to stand down and in a subsequent phone call revealed to me that the New York Times policy “was not to publish a game changing article for either side this close to the election .”

Congressional testimony by Heather Heidelbaugh, Esq. revealed this story to the public in March of 2009.

“The New York Times articles stopped when Ms. Moncrief, who is a Democrat and a supporter of the President, revealed that the Obama Presidential Campaign had sent its maxed out donor list to Karen Gillette of the Washington, DC ACORN office and asked Gillette and Ms. Moncrief to reach out to the maxed out donors and solicit donations from them for Get Out the Vote efforts to be run by ACORN. Upon learning this information and receiving the list of donors from the Obama Campaign, Ms. Strom reported to Ms. Moncrief that her editors at the New York Times wanted her to kill the story because, and I quote, ‘it was a game changer.'” 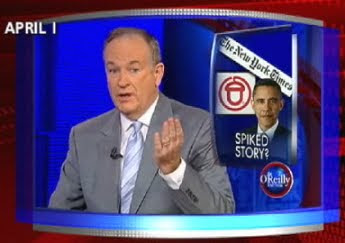 Clark Hoyt, the ombudsman for the New York Times, has been working overtime apologizing for the paper’s inability to fully cover the ACORN story. After cries from the right for ignoring the ACORN Primp and Pro sting they were besieged on the left for seemingly misreporting the story.

Could their alliances with ACORN businesses partners, funders and an organization with Obama’s friend on the board have jeopardized their journalistic ethics? Did they deserve journalism’s highest honor? Sadly the answers appear to be yes and no. 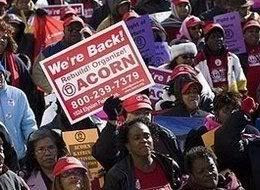 The media has consistently failed to cover the ACORN/Obama connection and give it the investigation it deserves. As writer Kevin Mooney noted:

“ACORN’s questionable financial transactions and political activity were explored by the New York Times in the months leading up to the 2008 presidential election. But this reporting was abruptly cut off. Now would be a good time to reactivate the investigation since the organization is supposedly disbanding…

The new affiliates operating without the ACORN name will persist in working for health care reform, immigration reform and affordable housing… 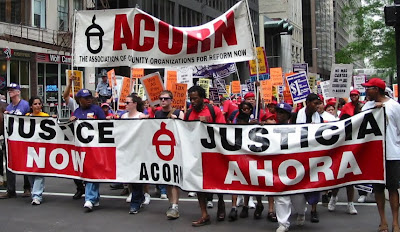 “The Times should activate the investigations that were underway in the months leading up the 2008 election and carefully examine how taxpayer funds were allocated between organizations that were precluded by law from participating in partisan policy activity.”

In a time when top awards like the Nobel Peace Prize and now the Pulitzer have been given for good intentions and agenda driven reasons, it appears that for now the Times will continue to coast along and ride out the ACORN/Obama storm.

Is San Francisco Trying to Kill Off Fentanyl Addicts? This "Guide" Sure Makes it Seem So
Jennifer Van Laar

Quiet Before The Inauguration

Rashida Tlaib Takes the Idiocy up to Another Level
Bonchie

Don't Call It a Coup