Media Matters continues to try to provide cover for the public flogging ACORN has received as a result of investigative videos which showed ACORN employees giving advice on a number of illegal activities including human trafficking, child prostitution, bank fraud, illegal immigration and tax evasion. Meanwhile, the mainstream media has largely ignored a growing scandal that cannot be contained: ACORN is reportedly closing offices across the country, including the site of the DC undercover videotape. 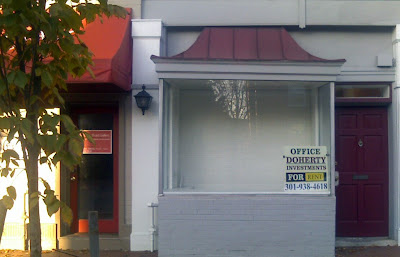 Anyone paying attention knows accusations relating to voter registration fraud, illicit partisan activity and other chicanery often have been made against ACORN, with ACORN either denying all or any ACORN fault. In October of 2008, I testified in Pennsylvania regarding the illegal coordination between Barack Obama’s Campaign and ACORN:

“A former staffer for Project Vote, a sister organization of the Association of Community Organizations for Reform Now, or ACORN, testified at a hearing in Pennsylvania on Wednesday that the Obama campaign provided the group with a campaign donor list in late 2007 for their fundraising efforts. The former D.C. staffer, Anita Moncrief, said she still has a copy of what she called the ‘development plan’ she used to help her identify the maxed-out Obama donors for solicitation. The hearing was part of a lawsuit brought by the GOP seeking information and an injunction against certain ACORN activities in Pennsylvania.

“McCain-Palin campaign manager Rick Davis said in a statement, ‘We now know that Barack Obama’s campaign was working hand-in-glove with an organization reportedly under investigation by the F.B.I. and in more than a dozen states. In addition to funneling $832,000 to ACORN for get-out-the-vote efforts, the Obama campaign and ACORN have been sharing donor lists, encouraging maxed-out Obama donors to contribute to this unethical organization.'” (emphasis mine).”

The member caught on tape publicized by Big Government is another in a long line of “bad apples” for ACORN. As it becomes harder to hide behind poor minorities, ACORN appears to be on the run. Unfortunately, they are running to the White House. There Barack Obama, ACORN’s “inside man,” seems poised to protect ACORN and even strike down its enemies. Andy Stern of the Service Employees International Union (SEIU) serves as a close confidant of the President with over 20 visits logged in at the White House (he tops the frequent visitor list). Stern has every reason to expect this sort of access, as he not only funneled many millions of dollars into the Obama campaign, but also aligned with SEIU’s sister organization, ACORN, to ensure that Obama was elected.

The screen shot is from an internal ACORN document from 2006. When combined with the admissions of the member, it provides additional proof that ACORN and SEIU – with the help of the Obama presidential campaign – intentionally took government and tax exempt donations through organizations like Project Vote to run a partisan voter registration drive aimed at electing Obama. Both the Federal Elections Commission and the media ignored the Obama donor list that was submitted as evidence in the Pennsylvania case and sworn testimony. But can they ignore the admission of someone saying: “I Am ACORN”?

As President ,Obama has paved the way for ACORN and SEIU to receive stimulus money and ACORN favorites to receive prime appointments to both executive and judicial positions.

Of course, Obama has admitted to limited ties with ACORN. But Americans have witnessed Obama run the country like one big ACORN office and trying to implement ACORN’s radical agenda. Apparently being a community organizer is something that – like ACORN – is hard for Obama to shake. In 2001, a group of ACORN protesters broke up a community tenant meeting by shouting the words, “Yes, We Can.” Eight years later, ACORN man Obama rode to victory using the same slogan of those angry protesters.

With so much to lose, lawmakers are concerned about the lengths to which Obama will go to in order to protect ACORN. Congressman Steve King of Iowa released a statement today suggesting that a cover-up may be being executed under the guise of an investigation:

“Bob Bauer has a public record of defending Barack Obama’s relationship with ACORN. Bauer has acted as the agent between Obama and ACORN, and now he will be perfectly positioned to be tasked with erasing the tracks between Obama and ACORN. Bauer’s hiring appears to be a tactical maneuver to strategically defend the White House exactly one week after Louisiana Attorney General Buddy Caldwell raided ACORN’s national headquarters in New Orleans and seized paper records and computer hard drives that may lead to the White House.”

Congressman King has reason to worry. The Democrat-controlled Congress has given ACORN plenty of time and warning to prepare for these “investigations”. In March of this year Michigan Representative John Conyers backed down from a call to investigate ACORN after several witnesses testified about the 2008 elections and ACORN. Portions of my Pennsylvania testimony regarding ACORN’s illegal activities in 2008 were read into the record and hundreds of pages of evidence were submitted by GOP Attorney Heather Heidelbaugh. In explaining his flip flop, Conyers cited “the Powers that be.” As the “Age of Obama” unfolds, it’s not hard to guess who “the powers” are.

Obama is willing to make small, symbolic concessions like removing ACORN from the Census, but his Justice Department remains oddly complacent with ACORN. The bailout hungry media covered up the Obama/ACORN story  and continue to ignore damaging stories like the IRS dropping ACORN from its list of VITA sites.

Mainstream newspapers and online liberal “news” sources appear content to continue to play the “race card” and paint conservatives as obsessed about ACORN because ACORN purported to help the poor. ACORN may be Teflon as long as Obama is in the White House. Charges of tax evasion, child prostitution, voter registration fraud, illegal immigration, bank fraud, etc. may not stick to ACORN.

With 2010 rapidly approaching, a look at ACORN’s cookie cutter statements on its voter programs tells us what ACORN plans for America.

Fortunately, Big Government caught one of those “highly trained” ACORN organizers on tape. How many more “bad apples” does it take before it is generally realized that ACORN itself is rotten to the core?

Newsom Proves He Learned Nothing from the Recall, Hints He's Dropping the Hammer on Californians
Brandon Morse

Oh, So That's How 350,000 California Recall Votes Vanished from CNN's Vote Tally
Townhall
D*ckhead ALERT: Don Lemon lets his inner FASCIST out in rant about tormenting the unvaccinated and it does NOT end well for him (watch)
Twitchy
Donald Trump Salts the Earth in Combative Phone Call
Redstate
Lock 'Em Up: Same FBI That Chased Russia Collusion Hoax for Years Covered Up Sexual Abuse of USA Gymnasts
PJ Media