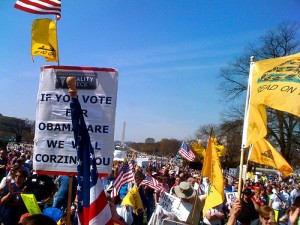 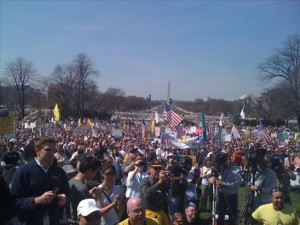 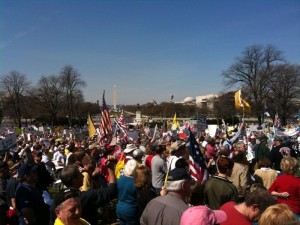 So far today, at least 25,000 protesters have arrived in Washington DC to show disapproval of the pending Obamacare legislation

In a rally against Obamacare called for only twenty four hours ago, at least 25,000 Americans have now arrived in Washington, DC to protest the potential House passage of the comprehensive health care reform package known as Obamacare.   Right now, various speakers are talking to the growing crowd in front of Capitol Hill as every major highway into Washington DC remain jammed with cars, trucks and buses carrying yet more protesters to join the rally against Obamacare. Of course, the establishment media is ignoring this growing flash protest on Capitol Hill and instead only reporting on the claimed momentum of undecided votes turning in favor of Obama’s gigantic comprehensive health care plan. The President’s media allies, of course, are under-reporting the turnout for the Obamacare protest, with NBC claiming that only 2,000 are on the lawn in front of Capitol Hill, which is obviously false based on the few pictures we’ve posted here. We’ll be updating this post and creating new ones throughout the day as more Obamacare protesters arrive in DC. 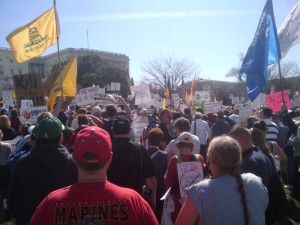