CBO: Obamacare = at least $100 Billion in Deficit Spending Over 10 Years 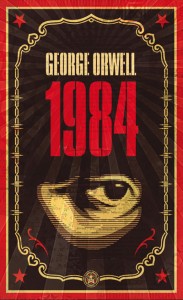 The Establishment Media’s Failure to Debunk or Even Question President Obama’s False Claim of Deficit Savings from Obamacare Reminds Some of the Society Described by George Orwell in his Classic book, “1984”

In explicit contradiction to the establishment media’s reporting over the past two days, the CBO has in fact reported that the Obamacare bill will result in an increase in the deficit spending of the United States by at least $109 billion over the next 10 years. Instead of reporting this indisputable fact, the media has been pushing the Obama and Democrat line that Obamacare will “save” $138 billion over the next 10 years in deficit spending versus present projections as if it was the gospel truth.

The big problem with that reporting, and Obama’s claim that Obamacare will be “one of the biggest deficit-reduction plans in history” is that the CBO has explicitly reported that when the “doctor fix” is enacted, the $138 billion in paper “savings” disappear and a $59 billion dollar deficit over 10 years is created by Obamacare over 10 years:

You asked about the total budgetary impact of enacting the reconciliation proposal (the amendment to H.R. 4872), the Senate-passed health bill (H.R. 3590), and the Medicare Physicians Payment Reform Act of 2009 (H.R. 3961). CBO estimates that enacting all three pieces of legislation would add $59 billion to budget deficits over the 2010–2019 period.

In the bill, Democrats provide $245 billion to eliminate an annual shortfall in payments to doctors under Medicare. Democrats resolved this annual headache, in large part, to win crucial support for the bill from the American Medical Association. That money currently counts against the overall costs of the bill, but Democrats have introduced legislation that would remove remove this obligation from federal deficit.

Obama and the Democrats then removed the “doctor fix” from Obamacare to game the CBO scoring shortly after the CBO released its initial scoring of the bill which  properly showed an increase in deficit spending. Removing the “doctor fix” meant that the present CBO scoring includes an unrealistic 21% immediate cut in doctor fees in its projections, hence resulting in the illusory CBO number of $138 billion in paper deficit “savings” that the establishment media and President Obama are so happy to falsely repeat ad nauseam. In reality, as noted by the CBO’s letter excerpted above, the real CBO score is a deficit of $59 Billion over 10 years.

In addition, the CBO also has explicitly stated that another $50 billion over 10 years in federal spending will be required to administer the massive new federal entitlement programs to be created by Obamacare:

In its March 11, 2010, cost estimate for H.R. 3590, the Patient Protection and Affordable Care Act (PPACA), as passed by the Senate, CBO indicated that it has identified at least $50 billion in specified and estimated authorizations of discretionary spending that might be involved in implementing that legislation. The authority to undertake such spending is not provided in H.R. 3590; it would require future action in appropriation bills.

As noted by the CBO above, the legislative language does not include authority to “undertake such spending” so the CBO did not score it in the recent releases. However, the CBO does clearly state above that “at least $50 billion” in federal spending will be required to implement Obamacare, meaning that combined with the inevitable “doctor fix”, the CBO’s own reporting holds that Obamacare will result in at least $109 billion in new deficit spending over the next 10 years.

Somehow it takes a tiny centrist blog like this one to clearly report these publicly available facts, and the establishment media, including the AP, CNN, MSNBC, CBS, USAToday, NYT, WaPo, ABC, and Politico all completely failed to report these facts when reporting on the illusory $138 billion in paper deficit savings reported by the CBO. In fact, all of those “news” organizations explicitly report that Obamacare will reduce the deficit as if it is fact while failing to even mention the “doctor fix” (which results in a $59 billion deficit) or the administrative costs (an additional cost of $50 billion) that the CBO itself has explicitly reported on.  Sadly, this $109 billion deficit over 10 years is just the tip of the iceberg, as President Obama and Congressional Democrats have, according to Obamaphile NYT columnist David Brooks, “stuffed the legislation with gimmicks and dodges designed to get a good score from the Congressional Budget Office but don’t genuinely control runaway spending.”

Here is a list, from the NYT Brooks column, of the “dodges and gimmicks” which were used by Obama and Congressional Democrats to create the illusory $138 Billion in paper deficit savings from Obamacare:

There is the doc fix dodge. The legislation pretends that Congress is about to cut Medicare reimbursements by 21 percent. Everyone knows that will never happen, so over the next decade actual spending will be $300 billion higher than paper projections.

There is the long-term care dodge. The bill creates a $72 billion trust fund to pay for a new long-term care program. The sponsors count that money as cost-saving, even though it will eventually be paid back out when the program comes on line.

There is the excise tax dodge. The primary cost-control mechanism and long-term revenue source for the program is the tax on high-cost plans. But Democrats aren’t willing to levy this tax for eight years. The fiscal sustainability of the whole bill rests on the naïve hope that a future Congress will have the guts to accept a trillion-dollar tax when the current Congress wouldn’t accept an increase of a few billion.

There is the 10-6 dodge. One of the reasons the bill appears deficit-neutral in the first decade is that it begins collecting revenue right away but doesn’t have to pay for most benefits until 2014. That’s 10 years of revenues to pay for 6 years of benefits, something unlikely to happen again unless the country agrees to go without health care for four years every decade.

Sadly, none of the above-listed “dodges and gimmicks” are referenced anywhere in any of the establishment media reporting over the past few days regarding the explicitly false Obama claim that Obamacare is “one of the biggest deficit-reduction plans in history.” Instead of reporting these facts and challenging the President’s clearly false claims of deficit reduction from Obamacare, the media has abdicated its traditional watchdog role as the 4th estate in American society and wholly endorsed the explicitly false claims of President Obama.

As it stands right now, the vote in the House tomorrow appears to be very close and could go either way. One can only wonder if wavering Democrats would be reacting differently if the media was actually doing its job and acting as a watchdog instead of a lapdog for the powerful politicians who run the federal government. Americans can only hope that their elected congresspeople who will vote tomorrow on perhaps the most important bill in decades have this public information for their consideration as they decide whether to vote to pass Obamacare into law.