Crossposted from my site centristnetblog.com. 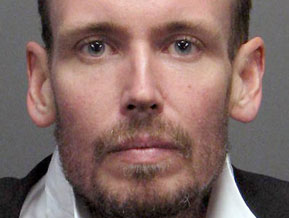 John Patrick Bedell, the now-deceased deranged gunman who opened fire at police officers guarding the Pentagon, was a registered Democrat, Bush-hater and 9/11 Truther

If your only source of information was establishment media reporting, it would be easy to draw an altogether false conclusion from the recent attacks by John Patrick Bedell (Pentagon gunman) and Joseph Andrew Stack (suicide pilot) that a wave of “right wing extremism” or “tea party terrorism” is descending upon America.   This narrative is being pushed relentlessly by the establishment media, despite indisputable countervailing facts as shown in detail below.  An objective review of the writings and activities of the suspects in each of the recent horrific terrorist attacks by Americans on Americans – Joseph Andrew Stack (airplane suicide bomber), John Patrick Bedell (gunman at Pentagon), and Amy Bishop (massacred fellow professors) – unequivocally demonstrates that each of these deranged individuals actually have closer ties to the American left than any right wing group.

First, regarding John Patrick Bedell, the gunman who opened fire outside the Pentagon a few days ago, wounding two police officers in a shootout that cost Bedell his life, the establishment media essentially ignored that Bedell was a registered Democrat as of 2008, a fervent Bush/Cheney hater and a strong believer in the anti-Bush “9/11 Truth” conspiracy theory that claims Bush personally arranged for the 9/11 attacks to be committed.  Media coverage has asserted, falsely, that Bedell was a “right wing extremist” based on some anti-government internet postings by Bedell while ignoring Bedell’s indisputable status as a registered Democrat who hated Bush and a 9/11 Truther (a left wing conspiracy theory). The NYT spends several thousand words detailing Bedell’s background but fails to note his status as a registered Democrat as of 2008 or his extreme hatred for former President Bush and VP Cheney.  The seminal article pushing the “right wing extremist” narrative in the Christian Science Monitor expressly states Bedell is a right wing extremist while also dishonestly censoring any reference to Bedell’s status as a registered Democrat or Bush/Cheney hater. 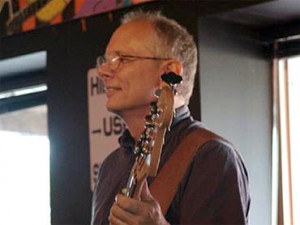 Similarly, suicide pilot Joseph Andrew Stack, who flew his small plane into an IRS building in Austin, Texas a few weeks ago, was famously labeled the “first tea party terrorist” by the narrative-setting, highly ideological New York Times. The facts, of course, point in a different direction as Stack’s suicide note conclusion strongly praises Communism while attacking Capitalism – views that no tea party protester hold and views that are certainly more in line with the American left than any right wing ideology. The Washington Post, New York Times, Christian Science Monitor and CNN went so far as to censor the final lines of Stack’s suicide note (which praised Communism and attacked Capitalism) and instead falsely and dishonestly reported that Stack concluded his suicide note with an anti-IRS threat on the day of the incident. The final two lines of Stack’s suicide note, which apparently did not exist according to the American media, were as follows:

Further, the seminal opinion piece claiming that Stack was the “first tea party terrorist” in the New York Times also dishonestly omits any reference to Stack’s far left statements in praise of Communism as well as Stack’s hatred for Bush and attacks on drug and insurance companies that echo Democratic talking points in furtherance of the false, yet preferred “right wing extremist” narrative.

Accordingly, a casual observer of establishment media reports on Bedell and Stack would conclude, falsely, that both were “right wing extremists” despite the indisputable facts that both men strongly hated the former Republican Bush/Cheney Administration while one (Stack) was a proponent of Communism and another (Bedell) was a registered Democrat. While it is true that both men engaged in anti-government rantings, such rantings alone do not prove that either man was a “right wing extremist”.  Neither man was a registered Republican or had any history of tea party activism or right wing activism, yet the establishment media made exactly those claims in its “reporting”. Such intentionally misleading reporting by the establishment media on Bedell and Stack are examples of the most odious aspects of the establishment media’s strong left wing bias in its reporting. 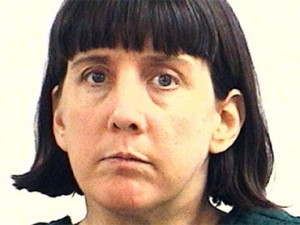 Former Professor Amy Bishop, who murdered three colleagues and injured others at a faculty meeting, is a “far left political extremist” who was “obsessed” with expressing support for President Obama to friends and family

A final example, mass murdering Professor Amy Bishop, also demonstrates the establishment media’s strong left wing bias in its reporting of terrorist or extremist attacks in the United States by Americans against Americans. Bishop opened fire on her longtime professorial colleagues in a department meeting at an Alabama university, killing three and wounding several more until her gun jammed and she fled the horrific scene. Bishop came from a well-connected liberal family in Boston and was “a far-left political extremist who was ‘obsessed’ with President Barack Obama to the point of being off-putting.” It bears mentioning that if either Bedell, Stack or Bishop were registered Republicans or strong Bush supporters, those facts would have probably led the establishment media’s reporting of the incidents themselves. While ignoring Bishop’s political leanings in all of its reporting on Bishop, and declining to issue editorials about “left wing extremism” regarding Bishop’s horrific rampage, the NYT did report on the execution-style murders by Bishop, halting only when her gun jammed:

In an e-mail message describing the event, another professor, Joseph Ng, wrote, “She started with the one closest to her and went down the row shooting her targets in the head.” He continued: “Blood was everywhere with crying and moaning. We were in a pool of blood in disbelief of what had happened.” The message was published on the Web site of The Orange County Register after Dr. Ng, who had not intended to make it public, sent it to a friend.

Dr. Moriarity said she had often acted as a “sounding board” for Dr. Bishop and had given her advice when she came up for tenure.

But in the room, any such relationship seemed forgotten. Dr. Bishop shook Dr. Moriarty off, turned, and pointed the gun down at her. “She looked at me and fired — and it clicked,” Dr. Moriarity said.

Dr. Bishop did not speak, Dr. Moriarity said. “She just looked angry,” she said. “The expression on her face never changed. Until the gun jammed — the last expression I saw was more of a perplexed look.”

Indeed, the NYT spends literally 1000’s of words describing every detail of Bishop’s life, yet somehow fails to even address Bishop’s political leanings. This glaring omission of reporting by the NYT in the Bishop case, as compared to the NYT’s relentless pushing of the “right wing extremist” narrative regarding the Stack and Bedell cases, clearly demonstrates the left wing, ideological filter the NYT applies to its reporting. Following the lead of the Times, in contrast to the Bedell and Stack reporting, which primarily focused on the political leanings of the deranged attackers, the Bishop establishment media coverage  ignored Bishop’s indisputably left wing political leanings and express, enthusiastic support for President Obama.

While we believe that no political party or politician deserves any blame for the actions of deranged individuals such as Bedell, Stack and Bishop, the American left’s use of these recent terrorist or extremist incidents to “prove” that a wave of “right wing extremist” or “tea party terrorist” attacks are hitting America is intentionally dishonest and appears motivated by a left wing ideological desire to use the tragic incidents to score political points against Republicans as the high-stakes partisan debate over health care unfolds in Washington, D.C. Considering the dishonest cherry-picking of facts by the establishment media in their relentless efforts to portray Stack and Bedell as “right wing extremists”, the media’s failure to report, let alone pursue, the clear indications that Bishop was a “far left political extremist” is clear evidence of untoward ideological left-wing bias and screening at work in today’s media reporting to the American people. One can only hope that Americans are not taken by the dishonest, ideological narrative creation engaged in by the likes of the New York Times, Washington Post, CNN and Christian Science Monitor and instead the media is shamed into reporting all the facts on these matters.

UPDATE: The Christian Science Monitor is now trying to back away from its ridiculous claim that Bedell is a “right wing extremist”.