ARE REPUBLICANS/CONSERVATIVES USING THE SHUTDOWN OPPORTUNITY TO MISS YET ANOTHER OPPORTUNITY?? 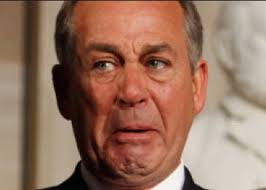 So, I’m on furlough and watching Fox news this morning and I see an ad from “No Labels” featuring Evan Bayh and John Huntsman asking the public to petition the government to end the shutdown.

Then, after swallowing the bile that came up at the sight of Huntsman, it suddenly hit me!

We’re nearly a full work week into this shutdown. And where is the Republican Party making its case?

Where is the RNC, NRSC, NRCC, the Heritage Foundation and other conservative/Republican organization ads stating the Republican Position on Obamacare, on the budget, and on Obama’s petulant refusal to even talk to them…let alone lead us out of this?

We’ve had weeks leading up to this to get ready with a message.

We’ve had four days since it happened to ready a response that could go over the heads of the so called objective press and take our case directly to the American people!

I mean…if “No Labels” can cut an ad in that time, why can’t the entire Republican Party with all the millions of Dollars so many send them to represent their views cut SOMETHING to make a case for our side of this?

It’s not like it’s any secret that the Press always puts its finger on the scale in support of the Democrat/Left wing in the country.

Yet we have Republicans and conservative pundits whining that they’re not getting a fair shake from the so called “Objective Press” as if it’s any surprise at all the Washington, NY, LA Press’s sympathies lie with the President and Harry Reid?

Here is my suggestion to the consultants, educated idiots and morons in charge of the Republican Party and every Republican/conservative organization out there.

Instead of hording your money in preparation for attacking Ted Cruz, Mike Lee, Rand Paul and congressional Tea Party members…

Why not spend some money making your blasted case to the American People for crying out loud?

The ads are writing themselves:

“Obama is groveling before every dictator in the entire world while attacking Republicans in the most vile and despicable ways possible.”

How about calling attention to this with ad buys on every national forum that will run the ads?

Or how about this:

“Obama has ordered open air memorials, national grave yards around the world and even abused his power to force states to close down state parks that receive federal support in a naked partisan power move designed to inflict maximum political pain on the American Public all so he can claim victory over the Republican Party in Congress!”

Reagan won by talking directly to the American people. Obama is winning because he has an army of stenographers masquerading as objective purveyors of truth trumpeting his every talking point as fact.

Does the leadership and the messaging arms of the Republican Party REALLY think we can win this battle by sitting on our hands hoping that the press will finally give us a fair shake and report both sides of this in a fair and impartial way?

See you when Hell freezes over!

This is why I’ve stopped writing and become a ghost where politics is concerned. We have the truth and common sense on our side yet we have a party leadership and public relations arm of our Party who refuse to make a case!