The AceInTX Take On The Republican Field So Far. Part 1

This Post started out as a reply to Arron Gardner’s post “Taking a hiatus, here’s something to chew on for the primaries.”. It got to be too long so I turned it into two Diary Posts in the end.

I’ll save Palin and Romney for last because they both need special attention and because I believe…in the end…it’s going to come down to a choice between those two.

I’m most in line with Barbour and am currently supporting him as my number one pick..

Mainly I like the way he speaks…(as a fellow southerner?…who’d have thunk it, right? …heh)

He has a down home way of putting things that makes sense to the common man and I think he could sway a lot of social and fiscal issues middle class folks our way.

To top it off, he’s got a strong track record of dealing with crisis. Hurricane Katrina anyone? Talk about a contrast to the Dems running Louisiana!

I think he’ll destroy anyone in the debates… assuming, of course, the debates aren’t so crowded that he ever get’s a chance to speak. I’ve seen him deal with smart alack reporters and answer questions in a way that are not open to question. he’s quick on his feet and can turn a phrase in such a way that leaves those who would challenge him sitting in a corner drooling on themselves.

Putting on my fortune teller hat…Without a doubt, he’ll have the same problem Fred had in not being called on by debate moderators for that reason and they’ll be focusing all the lights on Romney as the establishment pick, Huckabee as a spoiler…then Palin for the fire works…she’ll get all the gotcha questions…mark it down…I said it here.

Any questions he does get in the debates are going to be about his comments In “A Boy From Yazoo City” about the role of the white Citizens Council in his hometown of Yazoo City Mississippi during school desegregation and the civil rights days.

This has already led to a firestorm, and it will continue…He’ll be poked and prodded up one side and down the other about the civil rights era and his home state of Mississippi…if he can get past this…(I believe if anyone from the south can get past it…Haley’s the guy)…I think he can seize the brass ring…if he can’t get out of this predictable vice…then he’s toast…

His history as a lobbyist is troublesome as well…but he has a way of saying…”yeah, so?” that is disarming. Again he’ll have to clear this hurdle. I believe he will…which is why I have him as my number one…but time will tell and a readjustment in my pecking order may be in order if he can’t.

Pence is my next choice, (actually he’s my first…but I can’t get past what I’ll lay out here as his negatives).

I love the guy…you can go back to comments I made back on 2008 to see he’s been on my RADAR going back to then…Pence is a rock star with the conservative base…particularly social conservatives…He’s got it all on policy and is solid on all three legs of the stool.

Except executive experience….Arron Gardner, (AG), mentioned president of a think tank…but that’s paltry at best when compared to POTUS IMHO…

But the rest of America?

“Oh…he’s that guy that looks like Race Bannon from Johnie Quest?” 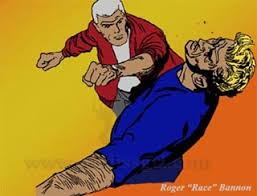 “Don’t know anything about him”

He’ll have to overcome not only the Congressional Curse, (Americans as a rule don’t elect Presidents from the Senate, or especially Congress to become POTUS), .he’ll have to introduce himself to 95% of this country who don’t have the first clue as to who he is with a press not inclined to help solid conservatives become known.

Finally…after Obama…are Americans willing to roll the dice on another Unknown?

As I said…I love the guy and if all the above can be overcome…I’d be behind him 100%…above Haley or anyone else running…I just don’t see him doing it…I think he’s doing it right going for Gov.

I must confess ignorance…I know a lot of Red Staters love him…I know he’s been successful in business…I know he was a star in the military…but beyond that…I know nothing…and as much time as I spend on politics and the news…I can only assume…outside Red State and a few other conservative sites…he’s an unknown…so he’ll have to overcome the name recognition problem as Pence.

I’ll second AG’s comparisons to Forbes…though Cain is more charismatic than Forbes by all accounts and more photogenic.

……I don’t know that he can do it. Forbes couldn’t, and even though I would say Cain has a much better chance than Forbes of inspiring people to vote for him, I still don’t think that is enough for him to be remembered as much more than an “also ran”

Then the question becomes as it is with Pence…”after Obama…are Americans willing to roll the dice on another Unknown?”

Starting off his introduction on the national stage by calling for a truce…for a marginalization of the vast majority of the Republican Party was dumb. A sure sign he’s not ready for prime time.

Social conservatives were told we need to give up on saving babies, the wanton destruction of the American family and the cultural bulwarks that have made this nation a shining city on a hill because we have more important things to discuss like balancing budgets and making suasage…blah blah blah.

Then he’s gone on to worsen that impression.

Several months ago he comes out declaring we all have to be “grown ups” and be willing to discuss raising taxes on a national level so we can fix our budget problem.

Just this week he made more news…leaving a poor impression on me.

Given the perfect opportunity to show his leadership skills in pushing for Right to work legislation in his state…where the Republican Party holds majorities in both houses what does he do?

This was his chance to shine…to save his state from Union thuggery and prove to the Midwest what Texas and the rest of the south proved in the 1980s by passing right to work laws. Unions are poison to economic growth. They kill jobs and destroy cities, counties and states. People leave big blue union states to find jobs. Ask Texas…We get to add four new Congresscritters heading for Washington this year!

Yet what does he do? Does he take on the Unions? Does he side with his Republican Legislature?

I can’t figure for the life of me what anyone sees in the guy?

Aside from a post by Erick a couple years ago…I’d had never heard of him…Erick was very positive toward him at the time but even in the glowing review we learned that Mitch Daniels first instinct as governor was to call for a class warfare surtax on “The Rich”. Only to be slapped down by the IN Republican Legislature.

Since then he’s done a great job budget wise…but I’m skeptical of his instincts. If his first inclination in dealing with a Republican Legislature in Indiana is to call for a surtax on the “Rich”, what’s he likely to do if confronted by a Harry Ried and Nancy Pelosi in control of the House and Senate during his tenure as POTUS?

My guess is he’d get rolled! If not roll over like a good boy! He’s already shown a penchant for progressive tax the rich class envy…so why wouldn’t he sell us down the river on the issue if pressured by a Dem House and Senate?

Last but not least is his personality…or lack thereof.

Are we really going to run Mr. Milk Toast himself against Mr. Personality?

We saw how that worked with McLame of “respectful campaign” fame.

Aside from being a sell out and an annoying son of a…well…you all get that I don’t like McCain…Johnny Mac has all the personality of a dead fish…except…McCain shows some signs of life…I’m not so sure of Daniels on that count.

Teleprompters or not…Obama is anything but boring…in campaign mode he’s brilliant…the Teflon seems to be gone now…but will it be in 12? A lot can happen in a year…and once Obama get’s going in campaign mode…he’ll likely get people fired up again…and we’re going to counter that with…MITCH DANIELS???

Even if all the tax the rich baggage weren’t true about Mitch…do we really want to see HIM carrying our banned against Obama? Think back to Al Bore in 2000…or Michael Dukakis in 1988…Obama would KILL him on personality alone…

The only reason I would give him a second look would be a desperation move to stop Romney. He’s made too many gaffs and is too liberal on fiscal issues for me.

Oh…and he’s too charitable toward Democrats and our political enemies for my taste.

I haven’t stopped to kick the tires on him yet…and have no reason to at the moment. If he sparks…and he can move onto the scene with a little fire behind him…I could see myself jumping on the bandwagon…He’s solid on Social issues…but on fiscal issues and federal power?…I’m not so sure…my impression is…he’d be Bush light on everything but social issues…

Besides…he looks like the little dweebs we used to laugh at in High School. All he needs is the Buddy Holly glasses with tape on the bridge and a pocket protector full of pens to complete the image.

He looks like he should be running for class president or something! In high school no less!

He’s making noise about a possible run…but I don’t know why?

I wanted him to run to fill Hillary’s seat…or the other Senate seat in NY…If he and Pataki had gone after both those seats…I think there is a good chance we’d have had two Republican Senators from NY and I’d have supported both with money, time, and ink….but for POTUS?

Finally we come to Romney and Palin

I ran long on it so it looks like there will be Part 3 for Sarah…which is OK… I’m honestly in the middle on her….I can see the points of the antis…and I see the points of those being called PALINBOTs on the subject…I’m sure I’ll ruffle feathers on BOTH sides of that divide…

I know…I know…AceInTX being controversial? I realize you all would never expect THAT from me in a million years…

See you in the comments!