“All of a sudden, ‘Gosh it’s so complicated to close Guantanamo Bay’”

Ahead of her final briefing on behalf of the Bush Administration, press secretary Dana Perino fired a few shots across the bow of the mainstream press and Barack Obama at a breakfast with reporters this week. From The Weekly Standard:

“The press secretary took a little dig at the incoming president for attacking Bush’s policy on Guantanamo throughout the campaign. “All of a sudden, ‘Gosh it’s so complicated to close Guantanamo Bay,’” she said.

As you are certainly aware, making fun of The One is totally unacceptable, which is why JammieWearingFool wonders what will happen when the leftarted get a hold of this. Jammie also asks the far more important question: how will they react when they see that Obama is not the only One who get’s “the photo halo treatment?”

I imagine first will come the gnashing of teeth and the rending of garments. Then there will be the inevitable “RESIGN!!!!1!1!!!” blog at Daily Kos (the fact that this is her last week on the job doesn’t matter). Next I expect we’ll have a Huffington post writer lament the sad state of journalism, to have sunk to the depths of beatifying Bush babes, no doubt with some subtle accusation that such gentle photography of Bushies is tantamount to personally waterboarding each and every innocent victim of the Bushitler waterboard resort known as Guantanamo bay!!!!!!!!

Then they’ll remember the Gitmo comment from Perino and REALLY start losing it.

The truth is, like with Palin, they’ll likely mock her physical characteristics and family relationships, because nothing brings out the misogyny on the left like an attractive Republican woman.

In any case, Perino is religiously accurate in her targetting. As Ace said “Yes, we’re going to be finding a great many things which were previously declared to be easy-peasy-lemon-squeezey are just so goshdarn difficult and complex and nuanced.”

And for the frothing, bulging-eyed Barackolytes out there, here’s another little present for you. Enjoy! 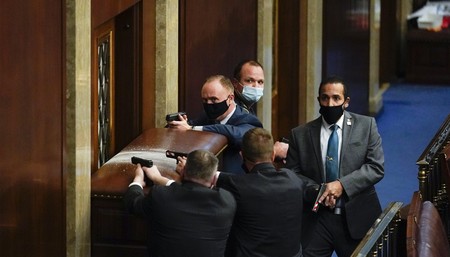