Author’s Note: Interested readers who missed Vol. 2 – 28 of this series can click here,  but Vol.1 is here.

After decades of reciting, my brain is so conditioned that I cannot think, “Lamb of God” without subvocalizing, “who takes away the sins of the world.”

Indeed, many churchgoing readers can relate.

Over this past week, the phrase “Lamb of God” would not leave my mind. I attributed that to last Sunday’s Vol. 28, ‘Yom Kippur and the Scapegoat’ after writing,   “Christians will identify the ‘scapegoat’ to be like Jesus who, on the cross, took upon himself our sin and the sins of the world.” However, I never used the phrase “Lamb of God,” but now recognize this omission as the reason for the “ding-ding.” (Regular readers know that is when I feel humbly “called” to write about a topic or passage.) So let’s begin our study with a familiar verse as recorded in the Gospel of John:

The next day John saw Jesus coming toward him and said, “Look, the Lamb of God, who takes away the sin of the world!” (John 1:29).

What is the origin of “Lamb of God” in the Bible?

While researching this piece, I learned that out of the 96 Old Testament passages that mention “lamb,” – 85 refer to the animal as a sacrifice for sin. (But sometimes, as in Yom Kippur, goats were used as the sin offering.)

What follows are the two most significant Hebrew Bible passages involving sacrificial lambs that Christians and Messianic Jews, such as myself, believe foreshadow Jesus as the “Lamb of God.”

We start in Genesis when Abraham’s son, Isaac, came within seconds of becoming a human sacrificial lamb. (I added the bold for emphasis.)

When they reached the place God had told him about, Abraham built an altar there and arranged the wood on it. He bound his son Isaac and laid him on the altar, on top of the wood. Then he reached out his hand and took the knife to slay his son.

But the angel of the Lord called out to him from heaven, “Abraham! Abraham!” “Here I am,” he replied. “Do not lay a hand on the boy,” he said. “Do not do anything to him. Now I know that you fear God, because you have not withheld from me your son, your only son.” Abraham looked up and there in a thicket he saw a ram caught by its horns. He went over and took the ram and sacrificed it as a burnt offering instead of his son (Genesis 22:7-13).

Two verses stand out. First, “God himself will provide the lamb for the burnt offering, my son.”

Second, “Here I am.” Some readers will remember Vol. 21 – “I AM” when Jesus revealed his divinity in the temple, saying, “before Abraham was born, I am!”

Therefore, one can understand why “the sacrifice of Isaac” is often interpreted as a Messianic prophecy.

Next, we turn to Exodus, where the last of the ten plagues is the Passover story’s origin.

To escape Egyptian bondage, God instructed his people to smear their doors with the blood of a lamb or goat “without blemish” (Exodus 12:5).  Subsequently, the Angel of Death would pass over the doors of the Israelites but strike Egyptian homes and kill first-born sons.

The deaths resulted in Pharaoh surrendering to Moses command, “Let my people go.” Thus, it was the blood of the “unblemished lamb” that freed the Israelites from slavery and why we read in the New Testament:

And that we were redeemed, with the precious blood of Christ, a lamb without blemish or defect (1 Peter 1:18 -19).

For indeed Christ, our Passover, was sacrificed for us (1 Corinthians 5:7).

Then, approximately 1476 years after the first Passover, Jesus celebrates the Passover seder that we know as the “Last Supper”:

And He took bread, gave thanks and broke it, and gave it to them, saying, “This is My body which is given for you; do this in remembrance of Me.” Likewise He also took the cup after supper, saying, “This cup is the new covenant in My blood, which is shed for you (Luke 22:19-20).

The next day, known as “Good Friday,” Jesus is crucified and becomes the sacrificial lamb killed for our sin and the sins of the world. But on Sunday, He is Resurrected, Redeemed, and Glorified forever.

For all readers and especially my Jewish people who do not recognize Jesus as the Jewish Messiah, the Lamb of God, and King of Kings – I wrote this study for you.

Now contemplate that while listening to this song.

Myra Kahn Adams is a media producer and conservative political and religious writer with numerous national credits. She is also Executive Director of www.SignFromGod.org, a ministry dedicated to educating people about the Shroud of Turin. Contact: [email protected] or Twitter @MyraKAdams. 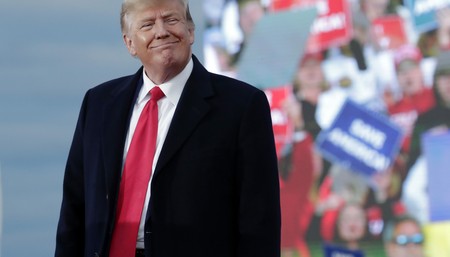